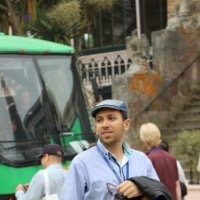 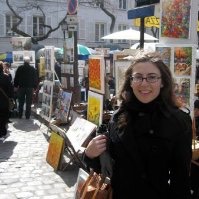 Maria Vukovic (current) – Speech interfaces are becoming ubiquitous.They are present in consumer devices such as phones, tablets and personal computers and they are also becoming more prominent in complex dynamic environments. The aim of this research is to investigate the effectiveness of introducing a speech interface to a complex and dynamic system in a simulation environment. The particular environment of interest is Air Battle Management. This study aims to assess whether the integration of a speech interface enhances task performance by replacing the need to manually input commands using a keyboard and mouse. This research also proposes to measure the cognitive load experienced by the operators using speech, that is, measure the “working memory demand imposed by a complex task” . This study will examine which speech features indicate cognitive load levels in the human operator when communicating with an agent in a complex computational system. 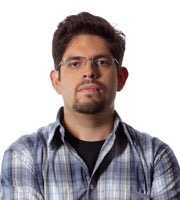 Daniel Macias (2014) – Flexible nontask-oriented conversational agents require content for generating responses and mechanisms that serve them for choosing appropriate topics to drive interactions with users. Structured knowledge resources such as ontologies are a useful mechanism to represent conversational topics. This thesis describes the design and implementation of a mechanism for topic selection for a conversational agent with a modular architecture. This architecture allows the agent, embodied as a physical Toy that interacts with children via speech, to cover new conversational domains, which are added into the system as additional units or modules encapsulating domain-specifi.c knowledge. The core of the topic selection mechanism is based on semantic relatedness between topics, and it helps the agent to produce responses, as well as to drive a conversation in new directions that users perceive as coherent with respect to the conversation flow. 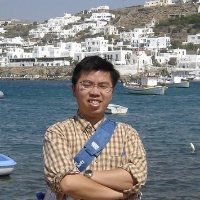 Zhiyong Zhang (2011) – This thesis describes an approach to unit testing of plan based agent systems, with a focus on automated generation and execution of test cases. Design artefacts, supplemented with some additional data, provide the basis for specification of a comprehensive suite of test cases. Correctness of execution is evaluated against a design model, and a comprehensive report of errors and warnings is provided to the user. Given that it is impossible to design test suites which execute all possible traces of an agent program, it is extremely important to thoroughly test all units in as wide a variety of situations as possible to ensure acceptable behaviour. We provide details of the information required in design models or related data to enable the automated generation and execution of test cases. We also briefly describe the implemented tool which realises this approach.

Yoosef Abushark (2012) – The interaction between agents is a key aspect of multi-agent systems. AUML sequence diagrams are commonly used to specify these interactions between agents in terms of interaction protocols. Whilst mostof the popular agent oriented software engineering methodologies such as Prometheus, Tropos, O-MaSE, INGENIAS and GAIA support AUML protocol specifications in the design, the supportive tools do not provide any mechanisms for ensuring that the detailed design, and consequently the implementations, faithfully follow these protocols. In this thesis, we show how AUML protocol specifications in the Prometheus methodology can be automatically propagated to the detailed design of the methodology by creating appropriate artefacts. The approach is general to all design methodologies that follow the BDI model of agents. We empirically show that the manual translation of protocols to the detailed design even for a simple AUML protocol can be a tedious and error-prone task for even relatively experienced users. The evaluation shows that our automated approach address these issues to a large extent. 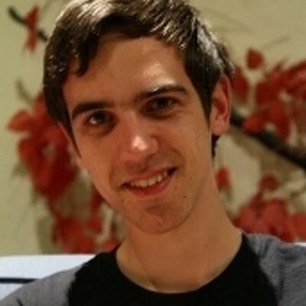 Simeon Visser (2011) –  A fundamental feature of agent systems is the ability to make decisions and to manage the consequences of these decisions in complex dynamic environments. In agent systems based on the Belief-Desire-Intention (BDI) model, an agent typically has a set of beliefs about the current state of the world, a set of goals, which represent states of the world that it would like to bring about, and plans which are used to achieve its goals. Due to the unpredictability of an agent’s environment, it is normal for the agent to have to choose one of several plans which may be used to achieve a particular goal; by suitably adapting the choice of plan for the circumstances applicable at the time, the agent can provide robust behavior.We have incorporated preferences into the BDI plan selection process by using preferences as a constraint on plan selection when a choice needs to be made.

Edward Booth(2014) – Interactive storytelling is a well explored problem which has been addressed by a wide range of techniques such as automated narrative directors and player modeling. One such approach [19] used an automated intelligent agent to select events for the player to participate in from a tree of possible plot points. One difficulty with the implementation is the large amount of time, effort and specialist skills that go into the creation of such an agent, rendering the possibility of a game designer having the resources for its construction unlikely. The proposed thesis aims to address this issue by presenting a method for developers to shape the narrative by defining game behaviour in terms of norms and preferences which are much more human readable and easier to change.

Bao Luong (2012) -There have been several types of drama management systems proposed in previous work. Each of them tackles different problem aspects in the landscape of interactive narrative research consisting of virtual characters, authorial intent and player modelling. Our work takes on the problem of balancing manually authored and auto-generated narrative experience in the context of computer Role-play Game (RPG). It focuses on the development of a novel type of drama management system that has the ability to take inputs of human authors, players and in-game autonomous characters during a game session. This in turn creates a co-creative narrative experience. Particularly, our hypothesis is that given a pre-authored story tree and a list of autonomous virtual characters, the Game Master (GM) agent for computer RPGs in our proposed system is able to extend the predefined story tree with auto-generated narrative. The automatically generated narrative is, in turn, a product of the interaction between the virtual characters and the players. The result narrative satisfies two criteria. One, it is meaningful to the players, and two it retains some of the author’s preliminary intent of how the would-be narrative could be brought out.